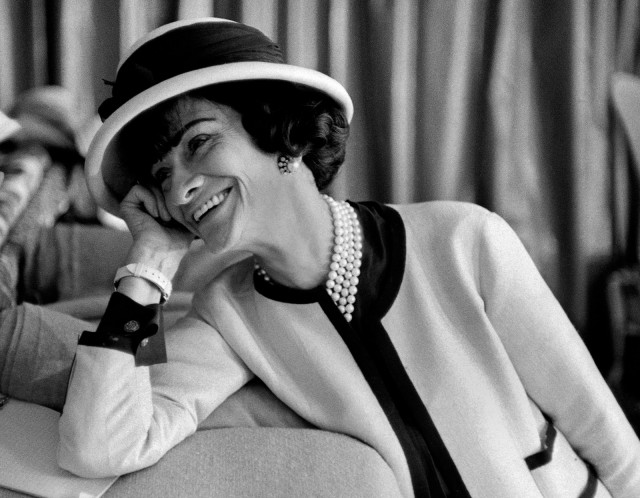 Chanel is more than a label, or the name of an incredibly talented designer – Chanel is a lifestyle. Defined by understated elegance, and celebrating femininity, Chanel encompasses the good life. Perhaps the most renowned label in the world, and certainly the most timeless, original Chanel pieces have gone on to inspire generations of designers. Behind the label is the great legacy of Gabrielle Bonheur Chanel. With less than glamorous beginnings, Chanel was born in a workhouse in France in 1883 to an unmarried mother. When Chanel was 12 her mother passed away and her father took her to an orphanage. It was while at the orphanage that Chanel learned to sew and upon leaving there at 18 she got a job working for a tailor. She did have a brief stint as a singer, performing at clubs in Vichy and Moulins, where she acquired the nickname ‘Coco.’

Chanel was the mistress of a wealthy military office and then of an English industrialist, and it was during her time with them that she discovered her knack for design. Both men, who happened to be friends, assisted Chanel in opening a millinery business. Chanel’s two lovers also helped her to fi d an excellent client base with the society women and she quickly expanded into womenswear. She embraced comfort and structure in her designs – a revolutionary concept for the early 1900’s when conformity and corsets were the norm.

Chanel continued to expand and set new standards and trends for womenswear. Borrowing the functionality and practicality of menswear, Chanel believed that comfort was the key to luxury. She only designed for the physical female form, never using mannequins, and her work was masterful, Chanel crafted with a borderline obsessive attention to detail. She gained massive celebrity for her work, transformed the fashion industry and laid the foundation for the trends we see today. In the 1920’s Chanel introduced her cardigan jacket, it was followed by Chanel No. 5, the LBD, bows, the quilted clutch, two-toned shoes, pearls, gold chains and the collarless tweed suit – all remain in recent Chanel collections under head designer Karl Lagerfeld.

Lagerfeld has called Mademoiselle Chanel’s designs “les éléments éternels” – and they certainly are eternal elements, of a very good life.

…on the topic of LOVE AND BUSINESS

It’s probably not just by chance that I’m alone. It would be very
hard for a man to live with me, unless he’s terribly strong. And if he’s stronger than I, I’m the one who can’t live with him… I’m neither smart nor stupid, but I don’t think I’m a run-of-the-mill person. I’ve been in business without being a business woman, I’ve loved without being a woman made only for love. The two men I’ve loved, I think, will remember me, on earth or in heaven, because men always remember a woman who caused them concern and uneasiness. I’ve done my best, in regard to people and to life, without precepts, but with a taste for justice.

By: Sheila May NICHE Magazine Fall 2013