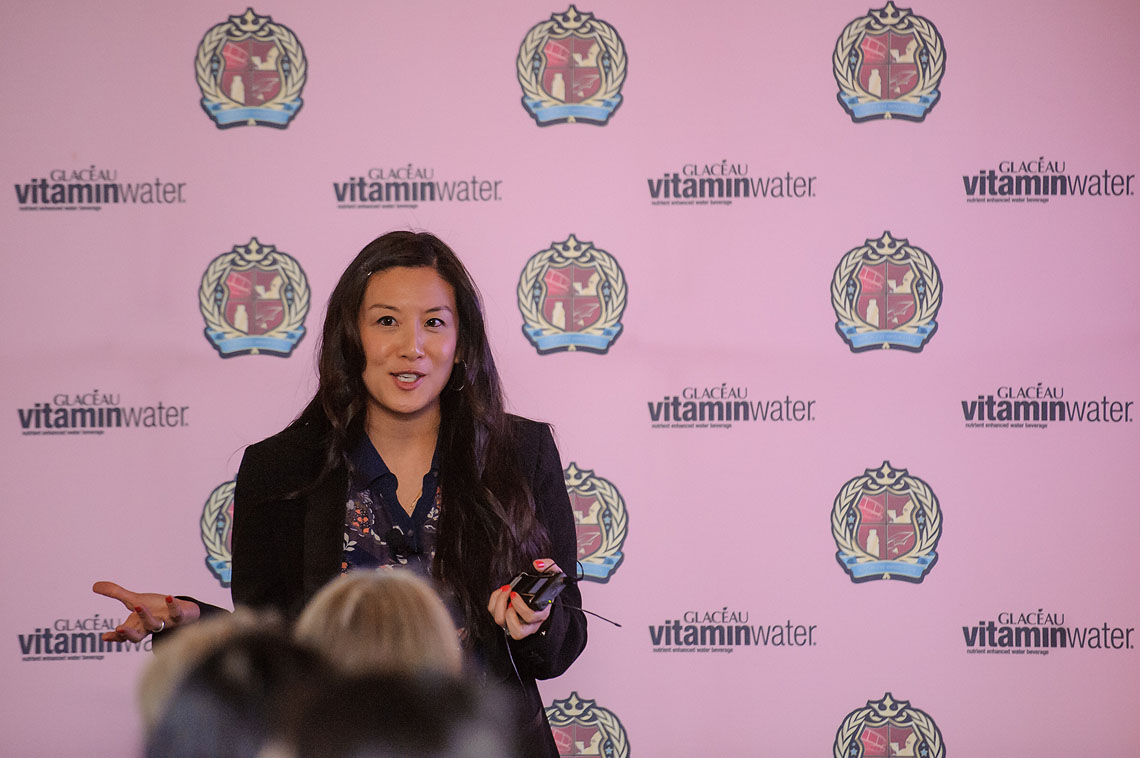 “Gossip is immortal.  Gossip will be around for five hundred more years.  I promise you.” -Lainey Lui

NICHE sits down with Lainey Gossip at the Oswego Hotel in Victoria, BC before her Faculty of Celebrity Studies course presented by Vitamin Water

Lainey Lui is a gossip. Yesterday morning I wasn’t necessarily sure if branding one’s self a gossip was a good thing, but after sitting down one on one with Lainey Lui, and taking her Faculty of Celebrity Studies course at the Oswego hotel in Victoria, I had a very different perspective on the matter. In 2004 Lainey travelled home to Toronto, from studying Major Gift Fundraising at UBC, to take care of her mother who had fallen ill.  While at home she sent an email to two friends in her notorious wit, speculating on a current celebrity situation. A single email turned into a following of over one thousand and Laineygossip.com was born.

Lainey’s own celebrity grew rapidly and in 2005 she was picked up by etalk on CTV.  Now in 2013, with a worldwide following, Lainey will be appearing on CTV’s new talk show The Social, debuting in Fall.

Over cool Vitamin Water cocktails Laniey and I chatted and within moments I understood why her career as a blogger had taken her into a role as a major Canadian TV personality.  “I had absolutely no plans to be in this career,” Lainey explained as she sipped her drink.  She spoke candidly and I realized her natural conversational flow is that of a journalist, she was very inquisitive, asking me several personal questions, with a genuine interest and kindness.

It’s impossible not to fall victim to Lainey’s charisma.  I’m a sucker for a successful woman, but I honestly believe if I met Lainey on the street I’d still be smitten. She’s one of those women who is so captivating and remarkable you just want to be best friends forever.  And while her stories about her times with different celebrities at the Oscars and Cannes were fascinating (and beyond entertaining, she tells a spectacular story) it is her exceptional intelligence that hooked me.  Her ‘gossip’ is actually a serious curiosity in people and human nature, “fame makes people crazy.  It really, really warps them. It changes their DNA. And that fascinates me,” the stunning brunette smiled, “most celebrities are so unkind it’s hard to find any love for them.”

Her lecture was by no means a celebrity tell-all; it was a perfectly executed course on human behaviour in the modern, social media crazed world. “The next time someone tells you you’re silly and stupid for talking about Jennifer Aniston, tell them what you’re really doing is studying the evolution of our species…And fuck you,” Lainey explained in her comedic way.

She went onto explain the legal system and how it cannot keep up with social media and the controversy regarding privacy laws particularly surrounding celebrities. “It’s not invasion of privacy they object to.  It’s the controlling of the message,” Lainey says “the conundrum is how important privacy is to some people, and how unimportant it is to others.”

Lainey’s course was an informative and interactive three hours (with an additional hour for girl talk, questions, food and beverages – courtesy of the Oswego Hotel and Vitamin Water) that really could be summarized as how celebrities shape society.  Her incredible list of industry insider contacts and her perception of celebrity and her study of it, give legitimacy to Laineygossip.com that would be difficult for other sources to compete with.

Lainey successfully twisted and expanded each student’s views of what gossip and celebrity is. Now here are a few of the juicier tid-bits from the evening about our Canadian celebrity, Lainey Lui: