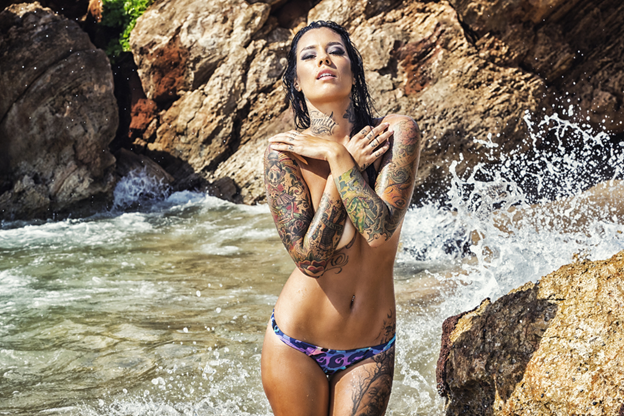 Perception of tattoos in the United States has evolved over the past generation. As more people partake in this artform, tattoos have become less synonymous with deviance and more related to self-expression and art within certain age groups.  According to the Pew Research Center, 38% of Millennials and 32% of Gen Xers have at least one tattoo.  Half of those Millennials with tattoos have more than one . The global tattoo industry revenue is estimated at over 50 billion dollars.  Dr. Sanam Hafeez is a NYC Neuropsychologist who explains why young people are so drawn to tattoos and the signs of possible addiction.

Can Tattoos Be Addictive?

Some people theorize that the pain that comes along with getting tattooed might be addictive, a type of euphoric rush. There have even been television shows based entirely on the psychological effects of tattoos, like Spike TV’s “Ink Shrinks.”  Others say that tattooed people like the attention they get from new ink. Dr. Hafeez says, “Tattoos symbolize youth and fertility by drawing eyes to youthful skin and often erotic parts of the body. As social creatures, we desire attention to make us feel good about ourselves.  She adds, “our society praises self -expression and tattoos are often how people achieve this.”

What are some of the factors that can cause tattoo addiction ?

Unlike their cousin adrenaline, which is produced in the renal glands, endorphins flood the body directly from the brain. These chemicals produced in the pituitary gland are our natural pain relievers. That’s why, while receiving a tattoo, endorphins flood the body in response to the pain caused by the needles. The effects of endorphins are also associated with other activities that create a natural “high” like exercise and orgasms. The force of this chemical reaction can lead to an increased drive and even an addiction to getting tattoos in order to repeat the experience, and receive another dose of endorphins.

The pain of being tattooed might also be the intoxicating element that draws an individual in time and time again.  The medical and rehab community is more widely acknowledging self-mutilation and self-injury as a form of addiction. Those who engage in this practice often find a sense of control when causing themselves pain, finding it therapeutic to use physical pain in an attempt to relieve emotional or mental stress. It is possible that some have become addicted to self-injury in the form of tattoos. Finding their only solace through the pain of the tattoo needle and as a result getting addicted to getting tattoos.

Each tattoo has a meaning which is significant to the person who has it.    Regardless of the intent behind the ink, the owner finds it possible to use artwork on their bodies as a satisfying way of expressing who they believe themselves to be on this inside. It is not uncommon for some people to feel hindered and inhibited by other forms of communication, speaking, writing or other creative pursuits. In these cases, it is not impossible that the need to get tattooed could be fueled by that feeling that this is the only outlet through which their inner self can be displayed to the outside world.

As much as certain tattooing rituals may symbolize rites of passage or the inclusion in a group or society, other tattoos represent an attempt to do the opposite. In some cases, tattoos may be a form of rebellion, and not just for teenagers. In other cases, regardless of the image depicted in the tattoo, the location or just the very presence of the tattoo exemplifies a non-conformist attitude. Activists for many causes often appear so utterly dedicated to a cause that their single-mindedness resembles obsession or addiction. For those whose chosen method of activism is body modification; their relentless pursuit of additional tattoos is their outcry against the norm.

Everything is Tattoo Related

Your background is tattoos, your phone has a tattoo case, you watch tattoo shows at home, and you probably spend a lot of time looking at and fantasizing about your next tattoos. If you’ve got tattoo clothes, and you’re best friends with your tattoo artist then you may have a tattoo problem.

You’re in the Tattoo Shop Often

Whether you’re getting tattooed, stopping by to talk about your tattoo, just dropping off a gift, or hanging out for a bit to kill time. You spend almost as much time in the tattoo studio as your tattoo artist does.

You Know Everything About Tattoos

You’ve got all sorts of cool knowledge you’ve picked up. Whether it’s the fact that the Apple watch doesn’t like to work on tattooed skin, whether it’s knowing that tattooed skin produces more salt in the sweat, or whether it’s just knowing what percentage of the population has tattoos. You’re a wealth of knowledge about styles, placement, and might as well be a tattoo artist.

There’s a difference between enthusiast and collector. Collectors make it part of their life’s purpose to get tattooed by certain artists or as many artists as possible. They strive to be as fully covered as possible so that they can appreciate each inking for its unique time and experience. Collectors often end up as lifelong friends with their artist and become a personal canvas of sorts, showing the artists journey as they grow with their craft.

You Endure Financial Hardship to Get More Ink

If someone is willing to go through financial hardship because of saving for a tattoo, it is an indication that being tattooed has taken on the kind of intense emotional commitment that defies reason. This is characteristic of addictive behavior. The behavior makes no sense, unless it is understood through the eyes of the person performing the behavior. In this case, the choice to obtain another tattoo is so valuable to the individual, that they are willing to endure hardship, and go without things that are much more essential to their basic needs.

Addictions can cause people to behave in ways they later regret, but sometimes, it is too late to undo the damage. From drunk driving to family violence, addictions have a well-recognized reputation for causing serious mistakes that can cause harm to oneself or to others. Tattoos can also be a source of regret, although the damage is typically done to one’s own body or social status. 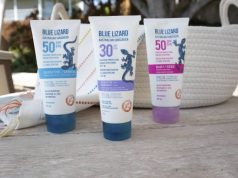 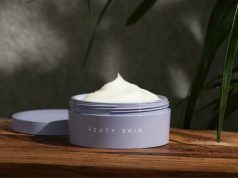 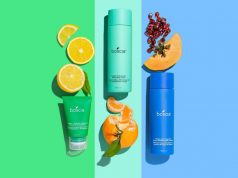 Introducing: Cool to Connect After Dark

Rallying Canadians to dedicate your vaccination and help get the word...