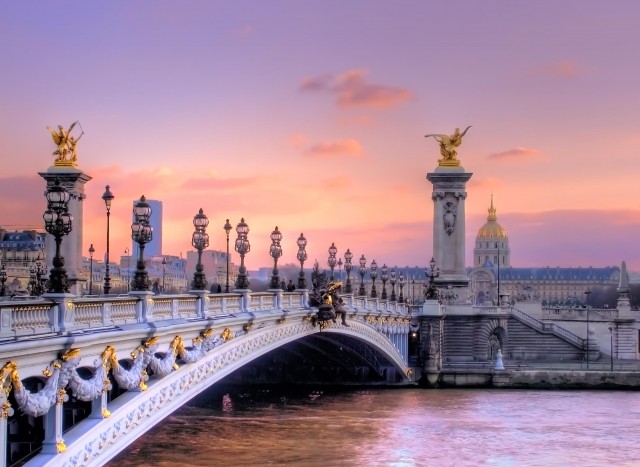 Paris is a city of layers – much like the dazzling madams who tromp her Avenues in layers of haute couture.

As with any proper lady you must start at the beginning and unravel the layers, one by one, with time and care until you know her. But it’s worth the effort – Paris is the pinnacle of fashion holiness, built in its entirety with the care of a haute couture Christian Dior gown. To know her intimately and submerge in the magic, wonder and history of this city will likely be one of your most spectacular romances. It would take a lifetime to uncover all of Paris’s secrets – so for now we’ll take a tour through her veins directly to her heart, the part that mothered Chanel, Louboutin, Louis Vuitton, and countless more, the chic world of Parisian fashion.

There are twenty neighbourhoods in Paris called arrondissements, each of which is made up of four more intimate neighbourhoods called quartiers. Every quartier is a slice of Paris, a little taste, holding one of the city’s great treasures and drawing countless visitors. While all quartiers offer boutiques for purchasing a number of necessities or lustful must-have-now’s, the major shopping districts are just that: major.

I know – it sounds strange, humour me.

In the 1st arrondissement is a divine little tea salon called Angelina’s. From the time it opened in 1903 Angelina’s has served the most famous and delicious hot chocolate in the city – Chocolat l’African. Coco Chanel used to meander from her atelier to Angelina’s where she would sip hot chocolate. She created some of her most exquisite pieces over the delectable indulgence. Audrey Hepburn also insisted on visiting the little tea house for hot chocolate every time she was in the city.

Once you’ve finished your cup I recommend paying further homage to mademoiselle Chanel. An easy walk from Angelina’s is Place Vendôme, the landmark that inspired Chanel’s design of the falcon for her first fragrance, Chanel No 5. Immediately after this, and with Coco in your blood, it’s time to hit Chanel’s famed black and white flagship store on the Rue Cambon. This is a true fashionista’s wonderland. The stunning staircase that leads to the second story of the couture house is where Chanel used to sit and supervise her shows from. In front of the house is the fancy Ritz where Chanel lived for a period. With Chanel surrounding you in spirit and couture form, shopping may commence!

The 2nd and 9th arrondissements are the up and coming areas of Paris. Home to the Paris Stock Exchange, and the Printemps and Galeries Lafayette shopping centres. Regardless of the fabulous malls, the location didn’t gain trending momentum until hoteliers began to develop on some of the untouched space. In addition to the superb malls the area south of Pigalle now boasts a number of delicious little boutiques, among which are plenty of vintage shops, drapery stores, fine home décor stores and Repetto’s (THE place to buy ballet flats in Paris). While in the neighbourhood I recommend checking out the 19th century arcades, which are covered passages for shopping. They were originally designed to keep the mud streets dry for shoppers and were in actuality the very first forms of shopping malls. There were a total of 24 in the eighteen hundreds but only a handful remain. Galerie Vivienne is a particularly fab arcade located on the Rue Vivienne. The mosaic floor is absolutely outstanding and the shops are all very trendy. Jean Paul Gaultier was so smitten with this arcade he opened a boutique in it.

The Knights Templar was the first to set up house in what is now the 3rd arrondissements of Paris, also called the upper Marias. The Knights drained the Marias swampland and built a quaint, walled village. The upper Marias is now the fun, more colourful part of the city. The streets are of the last in Paris preserved from their original slim, winding, intriguing form – keeping traffic down and creating the perfect back drop for fantastic boutiques, cafes and hotels. One of the Royals of Parisian fashion, Christain Lacroix, made his architectural debut in the 3rd with his Hotel du Petit Moulin. He restructured the inside of an ancient bakery and created one of the most elite, posh, desirable hotels in the city. The façade of a bakery (sign and all) is sublime – and the interior is a flawless reflection of Lacroix’s defined, grandeur style on the runway. Hotel du Petit Moulin is, naturally, booked solid most of the year.

It is simply impossible not to fall head over Jimmy Choo stilettos for the 6th arrondissement. This part of Paris has been the famed stage for a number of books including pieces by the genius Hemingway and F. Scott Fitzgerald. A variety of photo shoots and movies have also been shot in this lovely neighbourhood. It has always been home to Paris’s literary side with a number of publishing houses, book shops and cafes to sit and scribble ideas. The 6th has been the inspiration for several famed authors, and new writers flock to its streets every year in search of the same creative stimulation. The areas perfect combination of shops, streets and gardens and the chic architecture of the buildings make it feel like you have walked into the pages of some glorious French romance novel. The overall charm lured some of the fashion greats, including Louis Vuitton, into the neighbourhood – but they haven’t taken away the 6th arrondissement’ title as Paris’s literary capital. A number of bookstores still line the roads, one of which is the must-not-miss 7L (said C’est Elle). Located below his studio in Saint Germain’s, is Karl Lagerfeld’s bookstore. Yes, that’s right, just when you couldn’t adore the 6th anymore. 7L is Lagerfeld’s mark on the literary world! The 6th has become a casual fashion hotspot, casual meaning you won’t ever have the feeling you’re not dressed right – making it the perfect place for browsing, and people watching, before glamming up and hitting our final arrondissement.

The 8th. What dreams of shopping in Paris are made of – the haute couture runway that is Avenue Montaigne. This is where the stunning Parisian women strut in and out of the most luxurious boutiques in a hot, delish mix of the dreamiest of dreamy designer items. It’s like a designer collaborative, jacked-up, runway show. See if you can pick out a single one of these glamazon madams not wearing a Hermès scarf wrapped in some utterly complex way around her neck – bet you can’t! Every elite design house is at your fingertips on the Avenue Montaigne, if you don’t have time to see them all, make Christian Dior’s house at 30 Avenue Montaigne your first stop. It was his first house opening in 1946 and is a holy fashion landmark.

The Avenue is a couture delight in itself. The beauty and sheer elegance of this tree-lined heaven radiates is overwhelming. It will even leave your bag carrier (spouse) in complete awe, you can leave them on the street while you max out your credit card at Jil Sander, and they’ll still be standing there – dazzled – when you come out an hour later.

The fashionistas second go-to hotel is at 25 Avenue Montaigne, the Hôtel Plaza Athénéé. This is where celebrities, Royals, billionaires and heads of state, stay when visiting Paris. It was also where Carrie Bradshaw and Big stayed and (finally) reunited in the series finale of Sex and the City. The hotel even offers a special Sex and the City package! Cosmopolitans in Paris? Yes please!

Your time shopping in the holy fashion mecca of Paris will set an unprecedented standard for the haute couture purchasing experience (and one that will be hard to let go when you return home). Paris infuses items with an air of exclusiveness; even buying a plain white tee becomes a glorious endeavour.

Gettin’ Back in the Groove: Booking.com’s 7 Predictions for the Triumphant Return of Travel in 2022

Places to Visit Before You Hit 30