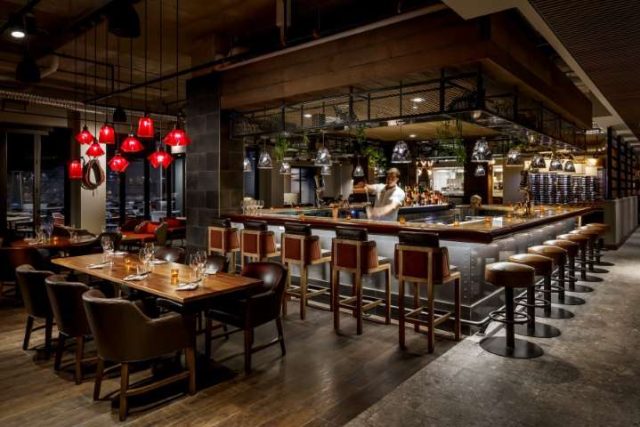 The Josie Hotel, Autograph Collection and The Velvet Restaurant and Lounge in Rossland, British Columbia welcomes Takashi Harada as their new executive chef.

No stranger to hospitality and resorts, Chef Harada has worked in destination hotels and resorts around the world such as Four Seasons Hotels & Resorts in Vancouver (under well-known Canadian chef Ned Bell), Tokyo, Lanai (Hawaii), Hualalai (Hawaii), St. Kitts and Nevis in the Caribbean, and most recently, the Farimont Jasper Park Lodge. A self-professed ski enthusiast, he also looks forward to hitting the slopes at RED Mountain Resort with The Josie just steps away.

“Rossland is such a special town, and everyone is so friendly.” says Chef Harada. “There are so many activities to explore. I’ve already taken my kids on the hiking and mountain biking trails and we can’t wait to ski at RED this winter.”

At the age of ten, Chef Harada began his culinary career by his mother’s side in the kitchen. Making simple traditional Japanese dishes with his mother, he learned the importance of approaching cooking in an orderly, step-by-step fashion. “We often forget the complexity of each individual ingredient.” says Chef Harada. “It’s important to slow down and appreciate the ingredients, and it’s my goal to bring this philosophy of cooking and teaching to the kitchen at The Velvet Restaurant and Lounge. If I could sum up my cooking style, it would be bold and flavourful, while still simple and approachable.”

Chef Harada plans to continue focusing on special culinary events. “I’m excited to work with the team to build on the culinary programming,” says Chef Harada. “I grew up in Richmond [BC] and was spoiled for choice with the Asian culinary scene. I’d love to share this diversity with our guests at The Velvet Restaurant and Lounge.”

In addition to The Velvet Restaurant and Lounge, Chef Harada oversees culinary for banquets and events as well as in-room dining at The Josie hotel.