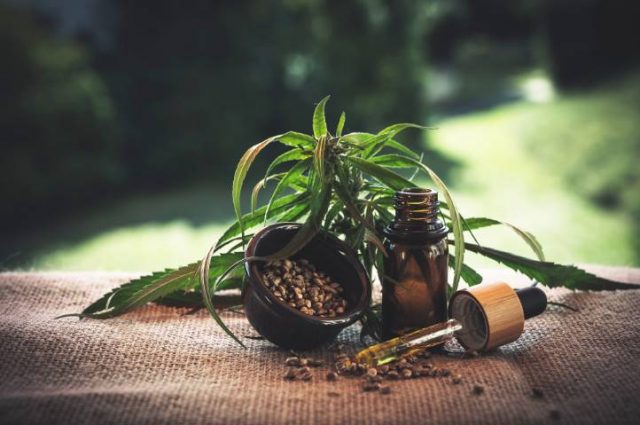 Cannabis has been cultivated for more than 4,000 years, but its use was not banned until the 20th century. In recent years, some countries have begun to rehabilitate marijuana: decriminalizing its use and possession, creating an open market, research on the effects of the plant on human health. In December 2020, the UN Commission on Narcotic Drugs removed medical cannabis and all its derivatives from the list of critically dangerous drugs, but 25 countries voted against this initiative.

We tell you how modern people feel about it, how it is similar to real online Casino, and whether it can be legalized everywhere.

Researches of 21st century: The Benefits and Harms of Cannabis

Since the study of cannabis has been taboo for decades, scientists are still unable to come to unequivocal conclusions about the effects of marijuana on the human body. Of course, the discovery of cannabinoid receptors has greatly facilitated understanding the mechanism of interaction between the CNS and the substances contained in marijuana, but the specificity and clear results require large-scale experiments, adjusted for the age, habits, and lifestyle of recipients.

Studies that were conducted before marijuana was removed from the list of highly dangerous drugs suggest the negative effects of cannabis on the cognitive functions of the brain. Chronic use has been associated with impaired learning and memory, creating false memories. Many patients had behavioral disorders, difficulties in recognizing facial expressions and performance. Separately, age is noted: the earlier a person begins to consume cannabis (the most dangerous period is adolescence), the more detrimental are the consequences in the future.

Among the recorded effects that people experience while smoking marijuana, most often reveal a sense of euphoria, relaxation, heightened sensory perception, laughter, distorted perception of time, increased appetite. When consumed on a full stomach, the concentration of THC in the bloodstream is markedly reduced. Because of this, the person experiences related effects about an hour after starting to smoke, and may consume more of the plant than originally intended. Increasing the dose can cause anxiety, fear, distrust, and panic.

An excessive dose can lead to even more severe consequences. In 2016, a study came out about the detrimental effects of marijuana on the development of psychosis. The analysis showed about a 4-fold increase in risk for the most active users and a 2-fold increase for the average cannabis user compared to those who don’t use it at all. Given the legal restrictions, the researchers noted the need for careful interpretation of the study’s results. Nevertheless, it was confirmed that developed psychosis can lead to hallucinations, delirium, and loss of personality.

In 2013, similar data revealed a diagnosis of patients with psychotic disorders. According to the published material, 46% of patients diagnosed with psychosis due to cannabis use acquired various schizophrenic spectrum disorders within eight years. But even here the conclusions are ambiguous because cannabis is not the root cause of these disorders. It only increases the risk of developing schizophrenia and can lead to its transformation into the most severe form – paranoia. In addition, patients with mental disorders themselves are also inclined to use marijuana because it helps them cope with their negative symptoms.

In addition to the cognitive effects of cannabis use, its effects on a person’s physical health have also been widely studied. There are studies that have found a link between smoking cannabis and detrimental changes in the oral environment. According to their results, marijuana abuse can put a person at risk for tooth decay, soft tissue disease, lung disease, and oral cancer. At the same time, the evidence is limited and often contradictory because most of it does not take into account many factors: general initial health status, hygiene, tobacco use, and the socioeconomic status of patients. Currently, the most common and confirmed side effects of frequent marijuana smoking (more than once a week) are morning cough, increased sputum production, and wheezing.

In 2020, Canadian scientists conducted research on the effects of marijuana on pregnant women who use it. The results showed that children exposed prenatally to cannabis had a 50 percent increased risk of being diagnosed with autism, as well as a significantly increased risk of developing attention deficit disorder (ADHD), mental retardation, and learning disabilities compared to children not exposed to similar conditions. Despite this, the scientists emphasize in their report: caution must be exercised in interpreting the results because the statistics are not high enough to reveal a direct pattern.

More often than not, medical marijuana is used as a painkiller. Of course, its effect is not enough to relieve post-operative pain or broken bones. Mostly, the plant helps with chronic pain, which affects many people of retirement age. The advantage of cannabis is that it is much safer than opiate-based painkillers, which are highly addictive and therefore addictive. The possibility of overdose is also greatly reduced. Many patients with multiple sclerosis claim that after switching to marijuana treatment they have been able to resume their previous activities without feeling lost and disconnected from the outside world, as was the case before while taking drugs with a strong sedative effect.

Medical marijuana is also reported to help people suffering from pain and exhaustion syndrome associated with HIV, as well as irritable bowel syndrome and Crohn’s disease. The direction of research related to post-traumatic stress disorder (PTSD), particularly in war veterans, is promising. Recent scientific reports confirm that cannabis can alleviate nausea, insomnia, the course of anorexia, epilepsy, movement disorders (including Tourette’s and Alzheimer’s), and inflammatory processes, and slow the development of cancerous tumors.

Although cannabis smoke contains carcinogens, there is not enough epidemiological evidence to prove unequivocally that cannabis use is associated with malignancies, including head, neck, and lung cancer. Nor is there a clear link between cannabis use and myocardial infarction. Common lung damage resulting from vaping or smoking e-cigarettes using cannabis oil in people under the age of 35, scientists believe, is due to vitamin E acetate. It is diluted with cannabis oil because of its cheapness and ease of use. Presumably, it is this substance which, when heated and reacted chemically, can cause lung damage.

Many economists and social scientists believe that decriminalization of cannabis can reduce overall crime and increase tax revenue. Legalization leads to a regulated open market that assures consumers of safe and reliable quality products. As a result, black market demand falls and questionable dealers are forced out by businessmen. In 2019, tax profits from legal cannabis trafficking in the state of Colorado alone reached a billion dollars. Changes are also occurring in the police system: drug crimes are no longer under the constant scrutiny of law enforcement and allow more attention to other violations of the law.

The Trend Toward Decriminalization: The Modern Cannabis Debate

It is believed that the starting point for the active struggle for the legalization of cannabis in the world was 1996 when California allowed the use of medical cannabis. Since then, only American activists have succeeded in the fight for decriminalization. Their difference from their European counterparts is the legal significance of referendums: while in America it is possible to start a full-scale campaign to collect signatures, try to get a vote, and win it, in Europe even with 99% of the population signing a petition to decriminalize, the results of such votes will have no effect.

In the Netherlands, for example, polls show 70% support for full legalization of marijuana, ten points higher than in the U.S., but the government still cracked down on cannabis cultivation initiatives at local coffee shops. And in January 2021, the mayor of Amsterdam suggested restricting cannabis sales in cafes to foreigners in order to limit the flow of tourists coming to the city for easy drugs.

Nevertheless, over the past 20 years, European countries have tended to reduce or even eliminate prison sentences for minor cannabis offenses. In 2004, for example, the United Kingdom reclassified cannabis from Class B to a lower Class C. This allowed the police to focus on the most dangerous Class A drugs, which cause the most serious social and economic damage. In 2009, however, the plant and all its derivatives were still elevated to Class B because of suspicions about the delayed negative effects of cannabis use.

In France, a “Drug Awareness Course” was created in 2007. The judiciary can now refer cannabis users to educational courses rather than intensive treatment. Portugal decriminalized all illegal drugs in 2000 due to the country’s heroin use problem. In Malta, drug addicts have been sent to special rehabilitation programs since 2015.

In Ireland, there is still a debate on whether to follow the Portuguese model of decriminalizing all types of drugs. In Italy, after analyzing national statistics on cannabis seizures and consumption in 2014, they concluded that, given the resources required to increase repressive action against drug trafficking, continuing prohibition policies were unsustainable. In 2015, a bill was introduced in Parliament proposing a state monopoly on the cultivation and sale of cannabis. Citizens would have been allowed to carry 5 g of the plant with them and keep 15 g at home. As of Jan. 1, 2020, light marijuana in Italy became available at a tobacco kiosk or specialty store.

The European Anti-Drug Agency (EMCDDA) estimates that Europeans spent 11.6 billion euros on illegal cannabis purchases in 2017. This confirms that in 28 EU countries, the marijuana market is the largest among other drug markets. Illegal sales of cannabis and its resin accounted for 39% of the EU drug market, and the profits of criminal organizations, of course, far exceeded those of the legal market. Morocco and Albania are cited as the main exporters of illicit substances. According to recent data, Catalonia has become another epicenter of the illegal cannabis market. Low prices and an ambiguous legal framework have made Spain the main producer of marijuana in Europe.