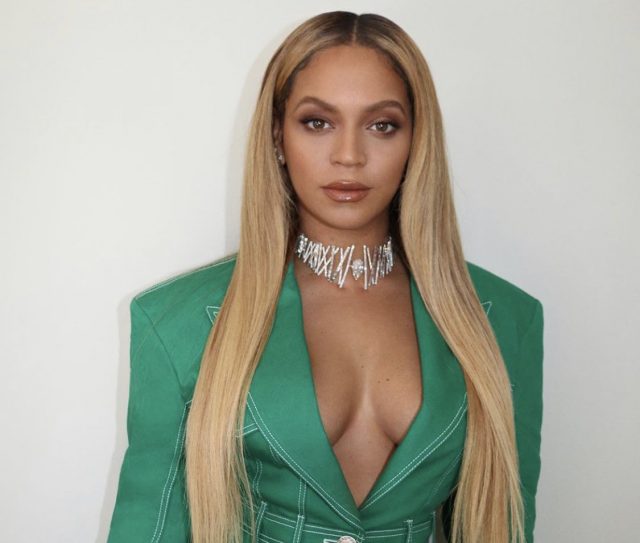 Beyoncé was scintillating in Messika Paris at the 54th Annual Super Bowl this evening taking place in Miami, Florida. She was shining in a custom-made high jewelry necklace, specially created by Valérie Messika.

Its design represents a musical vibration, a nod to the equalizers which oscillate on the monitors of the recording studios. The necklace, a choker perfectly fitting the angle of the neck, gives pride of place to a skillful set of chopsticks, in the center of which dominated a 17-carat pear diamond. The designer chose to overturn the center stone to accentuate the resolutely rock and disruptive side. Inspired by the sound vibes and the singer incredible stage presence and persona, Valérie Messika imagined a pattern to evoke the rhythm while the central diamond is the sound. The contrast is reinforced by a variation between baguette diamonds and round diamonds which could evoke a game of Mikado full paved and ultra-graphic. “I dreamed of designing for Beyoncé, a piece that would embody her style, while remaining faithful to the DNA of our house. B is a queen, and the idea was to imagine an anarchic adornment with all these barrettes which intertwine with a sequence of baguette and round diamonds to create rhythm. But this chaos ends up finding a certain order and highlights the pear diamonds”, details Valérie Messika. 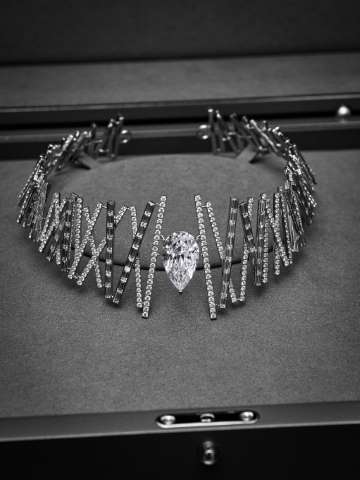 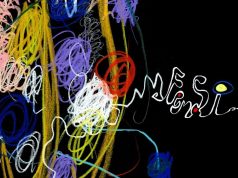 Activewear Made from Recycled Plastic Bottles 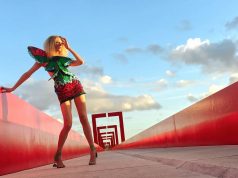 FAHRAD RE – The last butterfly in the world