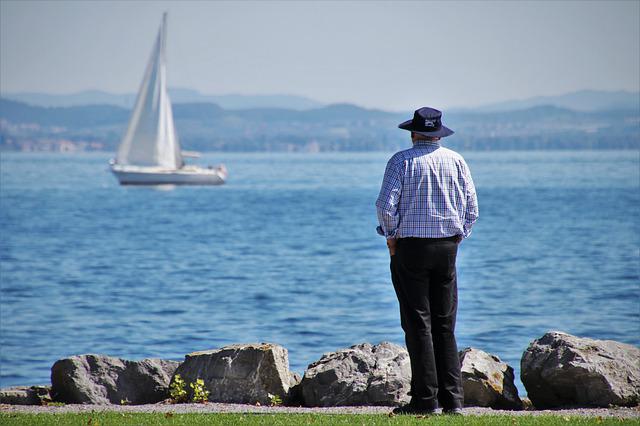 Amyotrophic Lateral Sclerosis (also known as ALS or Lou Gehrig’s disease) is a disease that attacks the nervous system and impacts all of the nerve cells that are located within the spinal cord and brain, later causing a loss of muscle control.

The disease was discovered in 1869 and remains as prevalent as ever all these years later. It is also highly progressive which means it gets worse as time goes on, affecting vital nerves that control everyday functions which are vital to your survival.

Read on if you want to find out more about the causes and main symptoms of the disease.

It typically begins in the feet, hands, or limbs and spreads to different parts of the body. Once the disease begins to advance and destroy nerve cells all over, muscles will begin getting weaker and weaker.

This could impact a variety of daily tasks and make activities like swallowing, breathing, and speaking almost impossible.

You can find out more information by visiting the following link https://www.mybiosource.com/als_amyotrophic_lateral_sclerosis.

ALS can be divided into two specific types: sporadic and familial. In sporadic ALS there is no exact cause of the disease, despite many environmental factors such as job occupation having significant links to the onset of the disease.

Familial ALS is when the disease develops as a direct result of genetic mutations that have been inherited from an individual’s biological parents.

Aside from genetic mutations, the onset of the disease is typically linked to various biological, environmental, and lifestyle factors. Around 10% of sufferers from the disease inherit it, whereas other cases are not as well known.

To summarize, there is not one specific factor that causes every individual case of the disease.

How ALS Impacts The Body

The disease directly affects nerve cells that control your muscle movements including talking and walking and causes them to weaken over time and eventually die. These are called motor neurons which can be found from the brain all the way to various muscles throughout the body.

If motor neurons suffer damage —as seen in cases of ALS— they will cease communication with muscles in the body, resulting in a lack of functionality.

Like any other condition, the symptoms of ALS differ according to the individual. It all depends on the neurons that are impacted by the disease; starting with muscle weakness or atrophy that slowly begins to worsen over time.

However, some general symptoms must be noted down:

ALS often works by paralyzing the muscles that you use to take a breath. If this is the case then you may be unable to breathe by yourself and require the assistance of a machine to get some rest at night.

Individuals suffering from an advanced level of the disease might have respiratory failure. If this is the case, many people opt to get a tracheostomy done to have a respirator fitted to inflate and deflate their lungs. This is a surgical procedure where a hole is created at the front of the neck toward the trachea (the windpipe).

As muscles stop working and sufferers with ALS are unable to move the muscles to swallow, they can become dehydrated and malnourished. In addition, they are vulnerable to getting things stuck in their lungs which could go on to cause severe cases of pneumonia.

To combat this and provide the individual with the necessary nutrients they are missing out on, a feeding tube might be fitted.

This may begin with an ALS sufferer struggling with a persistent yet otherwise unnoticeable slurring of words, which could later develop into difficulties where nobody else can understand what is being said.

Communication devices like alphabet boards and even speech-generating devices are used in place of verbal communication.

ALS comes with its own set of extensive complications that stem from a lack of muscle control leading to an inability to breathe, eat, or speak without aid. These can be quite debilitating for individuals suffering from the disease.

There is also no known cure or effective treatment for the symptoms of ALS which makes it impossible to reverse the overall progression of the disease.

Sit Down & Shut Up: Karen’s Diner Is On Tour And Landing In Victoria This March!