With the power to shape the future, Gen Z (aged 16-24) is coming of age and are on their way to discovering the world. Already the subject of much speculation, many have assumed how this generation will behave, but what do they actually have to say for themselves? In an increasingly connected world, with travel more accessible than ever before, Booking.com, the digital travel leader connecting Canadians with the widest choice of unique places to stay, a range of must-do travel experiences and seamless transport options, has conducted global research to gather insights into the Gen Z traveller*, revealing not just their travel plans, but how these link to their wider aspirations for life.

While many Canadian Gen Zers have only just come of age, they most certainly already know what they want when it comes to their travel plans:

Many young people are already stepping out into the world with their family, with over two fifths (45%) of Gen Z travellers indicating that they mainly do it because it allows them to go on trips that they would not otherwise have the funds for. But as Gen Z looks to fly the nest, they’re keen to do it alone. 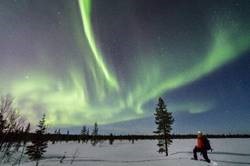 Having a travel bucket list doesn’t just reveal an intention to travel to new places, it also provides a deeper insight on the generation’s broader travel behaviors. For the 35% of Canadian Gen Z without a bucket list, the reasons also vary:

Gen Z have grown up in a world where over the last decade or so, global financial and economic turbulence has become almost the norm, and so understanding their stance on finances (specifically how they plan to spend their money over the next five years), is a useful barometer for their overall outlook on life.

Half (49%) of Canadian Gen Zers think that travel is always worth investing in. And when it comes to prioritization, “travel and seeing the world” ranked as most important to this generation when thinking about how they spend their money (65%). Saving for ‘life’s biggest investment’ (property) came a close second and more material possessions ranked lowest. 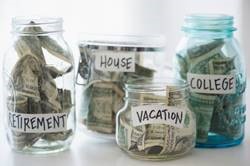 When questioned about how they’d prioritize spending their money, travel came out top in five out of seven choices for Gen Z, especially when compared to material possessions or more fleeting experiences. Travel ranked above the likes of furniture and homewares, clothes and fashion, tech and gadgets, eating at restaurants and spa and beauty treatments.

Out of office: on

Whether still contemplating their future vocation, or have just ventured into the workforce, the notion of a career is still pretty fresh, so its unsurprising that Gen Z rank getting a job as their most important life experience (83%). But with travel being such a passion point for this generation, prospective employers should take note, as 54% of Canadian Gen Zers say the opportunity to travel for work is important when selecting a job and over half (51%) say a job where they get to experience other cultures is attractive to them.

“As the first generation of digital natives comes of age, it’s exciting to see this research reveal that Gen Z travellers are a determined generation whose excitement to explore means that they have mapped out many of their future travel plans already,” said Ram Papatla, Vice President of Global Experiences at Booking.com. “Their affinity and comfort with technology dovetails perfectly with our ambition to learn and deliver an even more seamless, connected trip experience. We want to empower people of all ages to make the most out of every adventure, with their device as a powerful resource instead of a dependency – something Gen Z truly appreciates.”

To delve deeper into Booking.com’s insights of the Gen Z traveller, visit http://destinationgenz.com/.

A Brief Guide of the Best Things to Do in Orlando