There is a buzz around 60’s fashion returning and with top designers taking a spin on this bright and geometric era and with stunning silhouettes and colours, who can complain?! Matching short and top sets, chemise dresses, geometric prints, cut-outs, floral appliques and quirky glasses are currently trending for top summer wear. Many collections look identical to the designs of Andre Courreges, Pierre Cardin and Rudi Gernreich, three of the most influential designers of the 1960’s.

Prada spring/summer collection incorporated a modern take on the era, or some might say the most fashionable decade. Louis Vuitton’s summer collection was head-to-toe indicating inspiration drawn from the 60’s and eye-catching matching sets and white bow tie headbands with cat eyeliner. Giles Deacon also did a spin on a Courrege piece which looks almost identical with the colour choices and peter pan collar. Cut-out garments are seen everywhere you look this season from swimwear to dresses. Many designers take a spin on what looks similar to the Rudi Gernreich cut-out swimsuit from the 1960’s as well as Andre Courreges cut-out dresses. Anna Sui’s summer collection is accessorized with bright geometric sunglasses and lace bonnets, which reflect the designs of Pierre Cardin’s Space age designs in the 1960’s.

BCBG designed a sunhat with built-in sunglasses similar to Cardin’s done in red and blue, after seeing this hat in stores it was hard to resist trying it on (see my photo below). This summer will be filled with looks embodying the 60’s. With one of the most loved television series, Madmen, ending for the season fans can take advantage of incredible fashion from the era and look ever so on trend for the season. 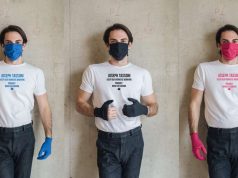 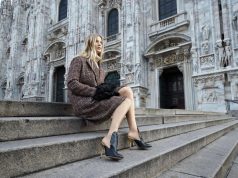 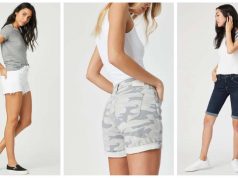 Mavi Denim Shorts You Can Wear Now and Through the Summer