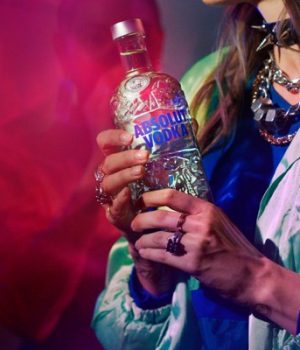 Sustainability has been part of Absolut’s mission for many years and it is striving for a more circular world in which resources are reused again and again to benefit local economies, communities and ecosystems.

In keeping with this mission, Absolut has launched a new limited-edition bottle, Absolut Comeback. Just like all Absolut bottles, Absolut Comeback is made with more than 41% recycled glass. Absolut sees power and beauty in waste and it believes that with little creativity we can all make something old and unwanted come back around in a new form. Absolut Comeback bottle design shows that an Absolut Vodka bottle is best used when it is recycled.

Absolut Comeback campaign is part of Absolut’s ongoing brand platform, Create a Better Tomorrow, Tonight. Absolut believes in building a more open world by using creativity to drive positive change. Absolut Comeback is a statement of accountability and commitment to strive every day to improve as Absolut believes that all brands should act in sustainable and transparent way to create a more open world. Absolut wants to inspire everyone to join its #RecyclingHero movement as together we can create a better tomorrow.

“Absolut has been committed to sustainable production methods for many years; and we are excited to be celebrating this and specifically our recycling efforts in the form of a bottle launch for the very first time. We believe that a glass bottle must have a second life; Absolut Comeback is a pure manifestation of this belief. We hope that our new limited-edition bottle campaign will inspire more people to use creativity in order to waste less.” said Henrik Ellstrom, Absolut’s Director of Strategy and Innovation.

Today’s forecast: Cloudy with a chance of multivitamins