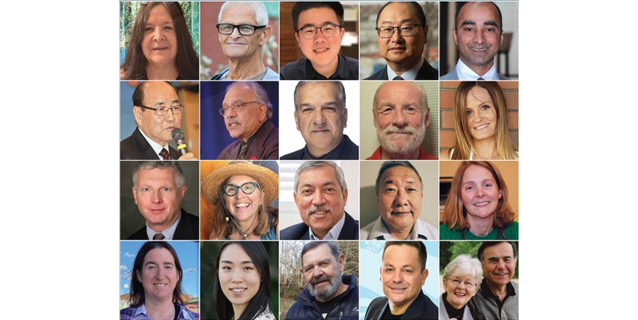 Premier John Horgan and Anne Giardini, Chair of the BC Achievement Foundation, today named the recipients of the 19th annual Community Award. The program, presented by BC Achievement – an independent foundation that honours excellence and inspires achievement throughout the province – recognizes extraordinary British Columbians who build better, stronger and more resilient communities.

“We are incredibly proud to celebrate the work of these 20 individuals, who shine as examples of dedication and service,” says Anne Giardini, OC, OBC, QC, Chair of the BC Achievement Foundation. “The past two years have been

challenging for all of us. It’s heartening to see these community leaders, visionaries, innovators and volunteers continuing to work to make the world a better place while lighting a path of achievement for other British Columbians to follow.”

The Community Award recipients are selected by an independent committee, whose 2022 members include Mayor Maja Tait of Sooke, Mayor Clara Reinhardt of Radium Hot Springs, and past recipients Aisha Amijee and Kal Dosanjh.

This year’s recipients include:

The Mitchell Award designate of the Community Award is selected by the BC Achievement Foundation Board in consultation with the local community. The award recognizes an individual who, through their work and volunteer activities, demonstrates an unwavering commitment to elevating people around them. This year’s Mitchell Award of Distinction recipient is Dr. Faisal Khosa, a mentor, educator and advocate for equity, diversity and inclusion, whose selfless leadership style empowers others to lead and excel.

“This year’s Community Award recipients have supported their communities during exceptionally difficult times and are an inspiration to us all,” says Premier John Horgan. “They have dedicated their time and energy to helping their friends and neighbours, and British Columbia is a better province because of them.”

The 2022 Community Award recipients will be recognized in a formal presentation ceremony held in Victoria, BC, on May 10 in the presence of the Honourable Janet Austin, OBC, Lieutenant Governor of British Columbia. Each awardee will receive a certificate and medallion designed by BC artist Robert Davidson, OC. They will also be celebrated through an online campaign #shinethelightbc to commemorate their excellence and inspirational achievements positively impacting British Columbians.

Interviews with representatives of the BC Achievement Foundation, as well as Community Award recipients, are available upon request. Awardee bios and high resolution images are available here.

For more information about the BC Achievement Foundation or Community Award program, please visit www.bcachievement.com.