The British Government will celebrate LGBT rights by participating in local Pride events in four cities across Canada this year, as part of VisitBritain‘s Love is GREAT campaign. The UK is a champion of LGBT equality and proudly celebrates pride with representatives of the UK government participating in a series of events across Canada, ranging from pride marches to community-based events.

Susan le Jeune d’Allegeershecque, British High Commissioner to Canada, said, “Within days of arriving in Canada last summer I marched in Ottawa’s Pride Parade. It was a brilliant experience and I look forward to joining our staff and their families again in this year’s parade. Like Canada, the UK proudly celebrates our core values of celebrating diversity, protecting human rights and promoting an open society. We are proud of the progress we’ve made, including within the Diplomatic Service and want to make it clear here in Canada and around the globe.”

The UK continues to be recognised as one of the most progressive countries in the world for LGBT rights and a friendly, welcoming destination for all.

Paul Gauger, Senior Vice President of the Americas, VisitBritain, said, “Whether you travel for culture, local flavour, thrills, or even love – there is something for everyone across the Pride season and beyond.

Alongside our new ‘I Travel For’ campaign, VisitBritain’s dedicated LGBT ‘Love is GREAT’ campaign highlights the unexpected experiences to be had in our thriving cities, vast countryside and spectacular coastline. It showcases the destination as a truly accepting, open and welcoming place for all people, which is so important when choosing a place to visit.”

Britain & LGBT Rights
The UK has had civil partnerships for more than a decade, and equal marriage became legal in 2014 in England, Wales and Scotland. In 2002, same-sex couples were granted equal rights to adopt. Since 2005, transgender people can change their legal gender in the UK, granting them a new birth certificate and affording them full legal recognition of their acquired sex.

The UK is renowned as one of the most progressive in Europe for LGBT rights by ILGA-Europe, which is a testament to the achievements that have been made. One of the core objectives of the Foreign & Commonwealth Office’s Magna Carta Fund for Human Rights and Democracy is increased respect for equality and non-discrimination for all members of society.

Love is GREAT
VisitBritain, the UK’s national tourism agency, launched the Love is GREAT campaign in 2014 to welcome the new same-sex marriage law in England, Wales and Scotland. The campaign highlights Britain as an all-embracing holiday choice for LGBT visitors, offering unique experiences – from city breaks to countryside escapes – which are easily accessible and open to all, regardless of sexuality.

The campaign is part of VisitBritain’s new 2018 global campaign, ‘I Travel For…’, to boost tourism to Britain. ‘I Travel For…’ uses short films and storytelling to shine the spotlight on unexpected experiences and less-explored destinations in Britain, alongside its globally renowned and iconic landmarks and attractions. The campaign aligns the passions that motivate people to travel with experiences that can only be had in Britain, inspiring overseas visitors to book a trip right now.

visitbritain.com/loveisgreat lists an array of choices for the LGBT traveller, including arts and cultural festivals, sports and activity clubs, Britain’s best gay and lesbian nightlife, plus a vast spectrum of LGBT-owned and LGBT-welcoming accommodation throughout England, Wales, Scotland and Northern Ireland. Also featured on the site are LGBT city guides to London, Newcastle, Edinburgh, Bristol, Glasgow, Cardiff, Manchester, Birmingham, and Brighton. 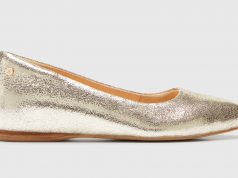 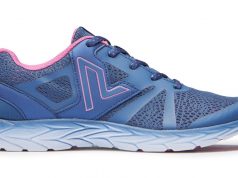 REVOLUTIONIZING THE FOOTWEAR INDUSTRY ONE SHOE AT A TIME 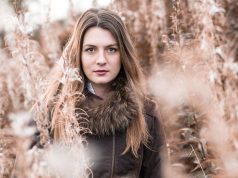 Gift Ideas for a cosy Christmas with Welligogs

Introducing: Cool to Connect After Dark

Rallying Canadians to dedicate your vaccination and help get the word...